The C Unit Testing Library on GitHub is a library designed for easy unit testing in C. It was written by Brennan Hurst for the purpose of providing a J-Unit-like testing framework within C for personal projects.

The library features basic comparisons such as:

This document is split up into a number of subsections to help with ease of use. Those are as follows:

If you have any additional questions not covered by this documentation, please reach out Brennan-Stack on GitHub.

This section discusses how you can use this library to test code inline (that is, without the need for separate functions). This is particularly useful in situations where creating separate test functions may not be possible or you just want to test someting quickly without needing to create a new test function. Note: This is not the proper way to use this repository, and it should be avoided if possible.

Getting Started
To get started with inline testing, all you have to do is import the module, create a new test, and begin executing assertions with that test. The best way to explain this is to show you an example:

And that's all you have to do to use inline tests. If you don't want to print the header, you don't have to.

Drawbacks to Inline Tests
There are a few drawbacks to inline tests. Specifically, they require printing of results as they run. Another drawback is they are directly in the code you are testing. This is good for quick tests, but would be a bad idea in production builds where you are trying to save space or keep code clean.

Unit Testing fixes these issues by providing the ability for tests to be run separately from the code.

Unit testing is the correct way to use this repository. It allows the programmer to create individual unit tests and to run them all under conditions of their choice. The best way to show how this works is with code:

The above code does a few things in the main method. First, it creates a new unit_test which holds unit test information. It then starts the unit_test by calling unit_test_start(struct unit_test *test, void (*start)(), void (*print)()) which effectively handles the execution of the unit test pointed to by the function pointer *start and handles the print out of all assertions. The main then calls unit_test_print_total_summary() to print out an overall summary which shows results as a whole.

Development is currently being done by Brennan Hurst. This repository was initially created for the purpose of his personal use. Any contributions and/or suggestions related to this repository are more than welcome.

This repository follows under the guidelines of the MIT License, as shown below:

Permission is hereby granted, free of charge, to any person obtaining a copy of this software and associated documentation files (the "Software"), to deal in the Software without restriction, including without limitation the rights to use, copy, modify, merge, publish, distribute, sublicense, and/or sell copies of the Software, and to permit persons to whom the Software is furnished to do so, subject to the following conditions:

The above copyright notice and this permission notice shall be included in all copies or substantial portions of the Software.

THE SOFTWARE IS PROVIDED "AS IS", WITHOUT WARRANTY OF ANY KIND, EXPRESS OR IMPLIED, INCLUDING BUT NOT LIMITED TO THE WARRANTIES OF MERCHANTABILITY, FITNESS FOR A PARTICULAR PURPOSE AND NONINFRINGEMENT. IN NO EVENT SHALL THE AUTHORS OR COPYRIGHT HOLDERS BE LIABLE FOR ANY CLAIM, DAMAGES OR OTHER LIABILITY, WHETHER IN AN ACTION OF CONTRACT, TORT OR OTHERWISE, ARISING FROM, OUT OF OR IN CONNECTION WITH THE SOFTWARE OR THE USE OR OTHER DEALINGS IN THE SOFTWARE 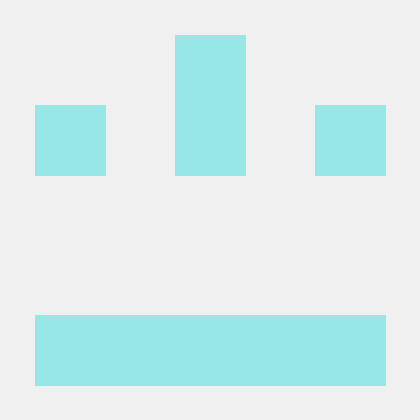 JUCE End to End test framework What is it? This package provides a mechanism to end-to-end test a JUCE application Prerequisites CMake. Must be 3.18 o

Mull Mull is a tool for Mutation Testing based on LLVM/Clang with a strong focus on C and C++ languages. For installation and usage please refer to th

A micro unit-testing library for C/C++

µ-test A micro unit testing framework for C/C++ to get you up and running with unit-testing ASAP (even without libc). Usage Simply include the C and h A complete unit testing framework in a header There is a lack of unit testing frameworks that work in OS kernel. This library closes that gap and is targeted for windows driver developers.

C unit tests Minimalistic unit tests in C. Uses the __attribute__((constructor)) which, as far as I know, is supported by GCC and clang. So this proba

📝 One of the difficult unit tester for ft_containers project

ft_containers-unit-test About ft containers unit test is a complete testing for project of school 21/ecole 42 and allowing you test your containers: V