THE SOFTWARE ARE PROVIDED "AS IS" AND GIVE A PATH FOR SELF-SUPPORT AND SELF-MAINTENANCE.

This repository contains unsupported example code intended to help accelerate client product development. It is not validated for production nor audited for security best-practices.

Note that while this repository is unsupported, Microchip welcome community contributions, and all pull-requests will be considered for inclusion into the repository.

Interact with peers in the community at MiWi Forum.

The package includes below folders:

SAMR30_RN_command folder includes MiWi RN command parser projects for MiWi Star and MiWi P2P, and their independent projects for SAMR30 XPro board and SAMR30 Module XPro board, as well as prebuilt hex files for Star/P2P on these two boards. About the Code and Porting Code to Other Hardware

All the modified code are included by macro MIWI_RN_CMD, this provide the convenience if user want to port RN command to their own MiWi project, and it keeps the same style as MiWi example projects of ASF, such as it provides independent project for SOC SAMR30 or SAMR21, and their different hardware board, independent projects for P2P and Star, with this source code release, user can feel free to know RN command parser implementation and add more command or functions based on current projects.

MiWi RN command parser major implementations are in the file rn_cmd.c and rn_cmd.h.

MiWi RN command defines two command mode applied for its communication protocol. First is Configure Mode. In this mode, user can use the command to configure MiWi protocol level behaviors like channel, PAN ID. Usually these commands are started with tag “cfg” followed by some other parameters.

Those command started with “cfg” can only be accepted in Confgure mode, and it will be rejected in Action Mode.

Similarly, those command meaning MiWi action can only be accepted in Action mode and will be rejected in Configure mode.

Only a few commands which don’t make configuration or start action will be allowed in both Configure mode and Action mode.

After MiWi unit exit from Configure Mode, it will stay at Action Mode. There is no way to enter Configure mode again except for a reset.

After MiWi unit is hardware or software reset, it will return a “Reboot” to host, host can only send command after “Reboot” is received.

If host is MCU, then don’t need to enable echo.

But if host is a PC terminal, using type-in characters to control MiWi, it is better that user types in “echo” to enable echo mode. Under echo mode, any character user input will be echoed back in PC terminal and displayed out, so user can clearly know what he has inputted.

As communication protocol, for any command sent by host, there will be acknowledgement returned to host. Acknowledgement can be either AOK or ERR, or information returned because of command execution. Host must wait for its acknowledgement before it sends another command. For details about acknowledgement or returns for each command, please refer to Command Details.

Build and Run the Demos Connect board to PC, open Tera Term, and configure UART as followings. Configure all of boards used in the demo. Then press RESET button on all board, will see “Reboot” from Tera Term. Then type in “echo” on all Tera Term, to enable echo mode for all board, this is to give display back on user’s input. After the “echo” is received and echo mode is enabled, will see “AOK” in Tera Term.

For P2P demo, will at least need 2 board. After echo mode is enabled on two boards, referring to below running example, type-in these commands to see the output and operation.

In above example, below command are typed-in during the operation:

During the demo, after one board is typed-in “send” command, on another board, will see “recv” command and its contents showed by Tera Term.

For Star demo, suggest using 3 board, 1 will be the PAN device, and other 2 will be end devices. In the same way, program these board, open their Tera Term and configure their UART, press RESET button on each board, wait to see “Reboot”, and then type-in “echo” to enable echo mode for each board. Then referring to below running example, type-in these commands and see the operation and output. These commands are used during the Star network creation:

At PAN device, data between PAN and end devices: This is the github source code location for Microchip Technology

It includes our specialized binary payload DSL (parser and schemas), clients and sdks.

Symbol Monorepo In Q1 2021, we consolidated a number of projects into this repository. It includes our specialized binary payload DSL (parser and sche

HLSL Parser and Translator for HLSL, GLSL, and MSL.

HLSLParser This is a fork of Unknownworld's hlslparser adapted to our needs in The Witness. We currently use it to translate pseudo-HLSL shaders (usin

HLSL Parser and Translator for HLSL, GLSL, and MSL.

HLSLParser This is a fork of Unknownworld's hlslparser adapted to our needs in The Witness. We currently use it to translate pseudo-HLSL shaders (usin

A prettifier for sh command prett 🚀 A prettifier for sh commands, inspired by ptSh. Prequisites A font that is capable of displaying nerd icons. CMake, Make, And Git A shell (eg

emPOWer your commits. Pointlessly flex on your coworkers with bespoke commit hashes, all with the convenience of a single command. 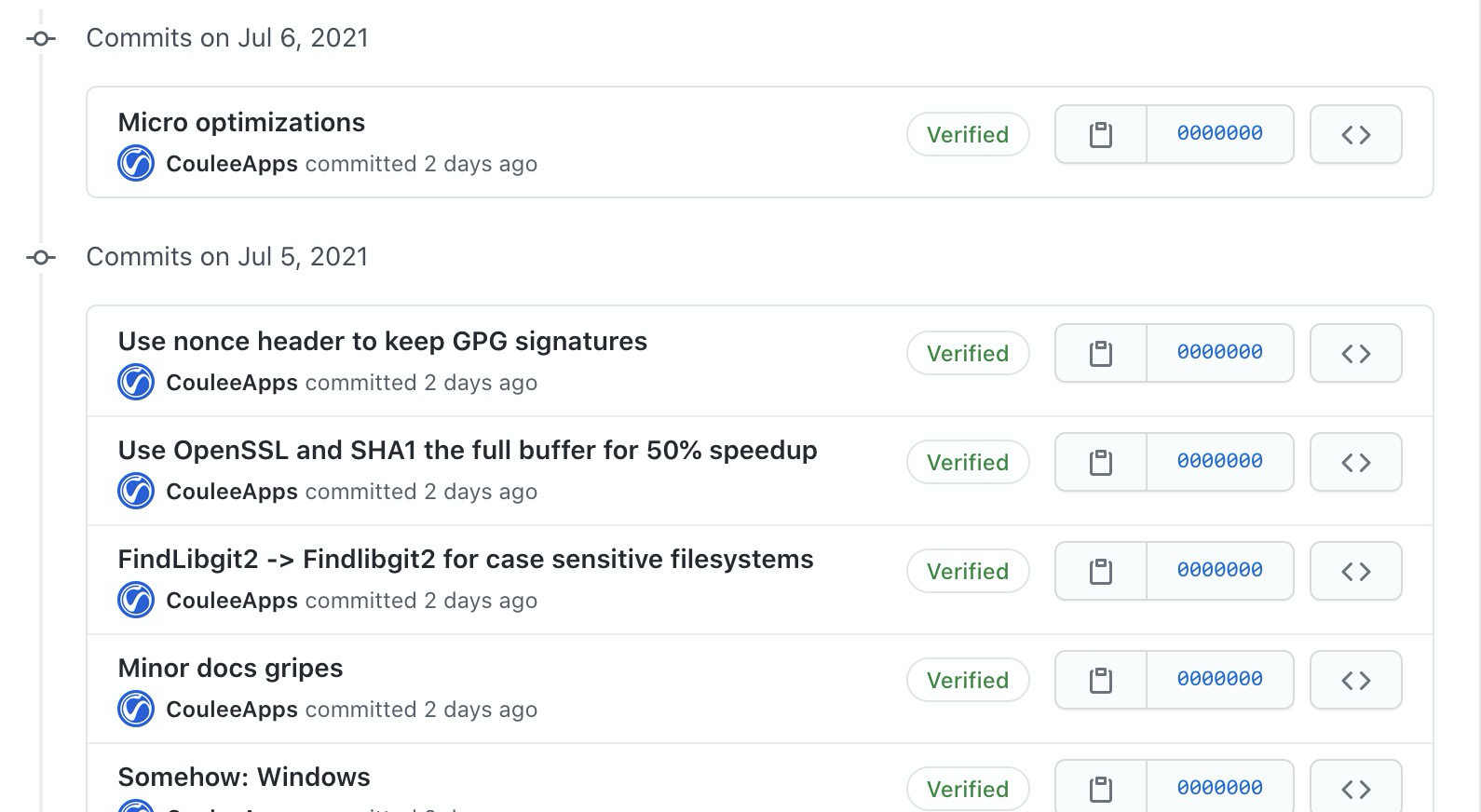 git-power emPOWer your commits. Pointlessly flex on your coworkers with bespoke commit hashes, all with the convenience of a single command.

Trident provides an easy way to pass the output of one command to any number of targets.

Trident: The multiple-pipe system Trident provides an easy way to pipe the output of one command to not just one but many targets. These targets can b

WisBlock API takes care of all the LoRaWAN, BLE, AT command functionality A header only library that provides parser combinators to C++

This is an experimental C++ library for rapidly building parsers. It is inspired by parser combinators in haskell such as attoparsec and, like those libraries, allows for the construction of fully fledged parsers in a few lines of code.

OpenApi++ : openapipp This is a proof of concept, currently under active work to become the best OpenAPI implementation for C++. It allows compile tim

OpenAllegroParser Purpose of this project is to provide a C++17 library for parsing Cadence's Allegro binary file formats. This library can be linked

lexpp Small Extremely Powerful Header Only C++ Lexical Analyzer/String Parser Library Lexpp is made with simplicity and size in mind. The entire libra

GPS parser which read raw GPS messages, selects only the valid ones and sends them to CAN bus

EagleTRT GPS System for Fenice GPS parser which read raw GPS messages, selects only the valid ones and sends them to CAN bus Compiling GPS Logger gps_

Ctpg - Compile Time Parser Generator is a C++ single header library which takes a language description as a C++ code and turns it into a LR1 table parser with a deterministic finite automaton lexical analyzer, all in compile time.