Vcpkg helps you manage C and C++ libraries on Windows, Linux and MacOS. This tool and ecosystem are constantly evolving, and we always appreciate contributions!

If you've never used vcpkg before, or if you're trying to figure out how to use vcpkg, check out our Getting Started section for how to start using vcpkg.

For short description of available commands, once you've installed vcpkg, you can run vcpkg help, or vcpkg help [command] for command-specific help.

First, follow the quick start guide for either Windows, or macOS and Linux, depending on what you're using.

For more information, see Installing and Using Packages. If a library you need is not present in the vcpkg catalog, you can open an issue on the GitHub repo where the vcpkg team and community can see it, and potentially add the port to vcpkg.

After you've gotten vcpkg installed and working, you may wish to add tab completion to your shell.

Finally, if you're interested in the future of vcpkg, check out the manifest guide! This is an experimental feature and will likely have bugs, so try it out and open all the issues!

First, download and bootstrap vcpkg itself; it can be installed anywhere, but generally we recommend using vcpkg as a submodule for CMake projects, and installing it globally for Visual Studio projects. We recommend somewhere like C:\src\vcpkg or C:\dev\vcpkg, since otherwise you may run into path issues for some port build systems.

To install the libraries for your project, run:

Note: This will install x86 libraries by default. To install x64, run:

You can also search for the libraries you need with the search subcommand:

In order to use vcpkg with Visual Studio, run the following command (may require administrator elevation):

After this, you can now create a New non-CMake Project (or open an existing one). All installed libraries are immediately ready to be #include'd and used in your project without additional configuration.

If you're using CMake with Visual Studio, continue here.

In order to use vcpkg with CMake outside of an IDE, you can use the toolchain file:

With CMake, you will still need to find_package and the like to use the libraries. Check out the CMake section for more information, including on using CMake with an IDE.

For any other tools, including Visual Studio Code, check out the integration guide.

First, download and bootstrap vcpkg itself; it can be installed anywhere, but generally we recommend using vcpkg as a submodule for CMake projects.

To install the libraries for your project, run:

You can also search for the libraries you need with the search subcommand:

In order to use vcpkg with CMake, you can use the toolchain file:

With CMake, you will still need to find_package and the like to use the libraries. Check out the CMake section for more information on how best to use vcpkg with CMake, and CMake Tools for VSCode.

For any other tools, check out the integration guide.

Across the different distros of Linux, there are different packages you'll need to install:

For any other distributions, make sure you're installing g++ 6 or above. If you want to add instructions for your specific distro, please open a PR!

On macOS, the only thing you should need to do is run the following in your terminal:

Then follow along with the prompts in the windows that comes up.

If you're using vcpkg with CMake, the following may help!

Adding the following to your workspace settings.json will make CMake Tools automatically use vcpkg for libraries:

Unfortunately, you'll have to add this to each profile.

Vcpkg as a Submodule

When using vcpkg as a submodule of your project, you can add the following to your CMakeLists.txt before the first project() call, instead of passing CMAKE_TOOLCHAIN_FILE to the cmake invocation.

This will still allow people to not use vcpkg, by passing the CMAKE_TOOLCHAIN_FILE directly, but it will make the configure-build step slightly easier.

vcpkg supports auto-completion of commands, package names, and options in both powershell and bash. To enable tab-completion in the shell of your choice, run:

depending on the shell you use, then restart your console.

Our docs are now also available online at our website https://vcpkg.io/. We really appreciate any and all feedback! You can submit an issue in https://github.com/vcpkg/vcpkg.github.io/issues.

Vcpkg is an open source project, and is thus built with your contributions. Here are some ways you can contribute:

Please refer to our Contributing Guide for more details.

This project has adopted the Microsoft Open Source Code of Conduct. For more information see the Code of Conduct FAQ or email [email protected] with any additional questions or comments.

The code in this repository is licensed under the MIT License. The libraries provided by ports are licensed under the terms of their original authors. Where available, vcpkg places the associated license(s) in the location installed/<triplet>/share/<port>/copyright.

vcpkg collects usage data in order to help us improve your experience. The data collected by Microsoft is anonymous. You can opt-out of telemetry by

Utility to install kexts, Frameworks and PrivateFrameworks in the System of macOS. For macOS Monterey 12 and Big Sur 11 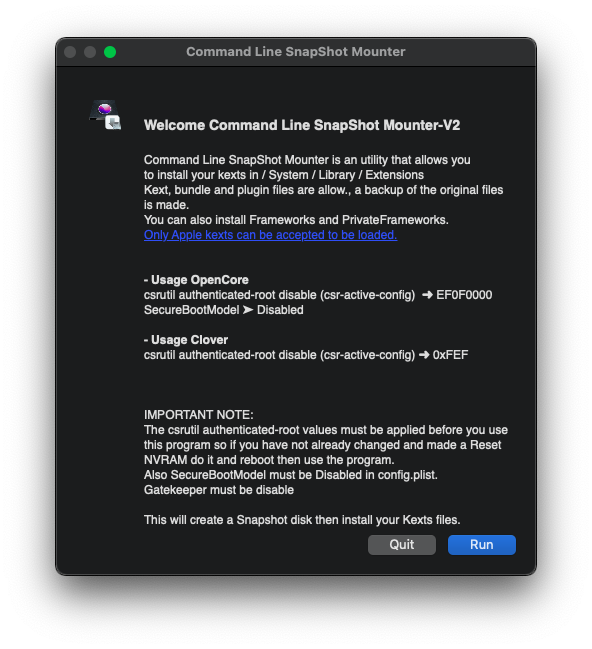 Command-Line-SnapShot-Mounter Credit: chris1111 Apple This utility uses the macOS terminal Command Line SnapShot Mounter is an utility that allows you

Filament is a real-time physically based rendering engine for Android, iOS, Windows, Linux, macOS, and WebGL2 Filament Filament is a real-time physically based rendering engine for Android, iOS, Linux, macOS, Windows, and WebGL. It is designed to be as small a

MTEngineSDL is a SDL2+ImGui engine for macOS, Linux and MS Windows.

Hello and welcome to the MTEngineSDL! This is an application host framework for starting custom apps created using SDL2, ImGui and OpenGL. How to comp 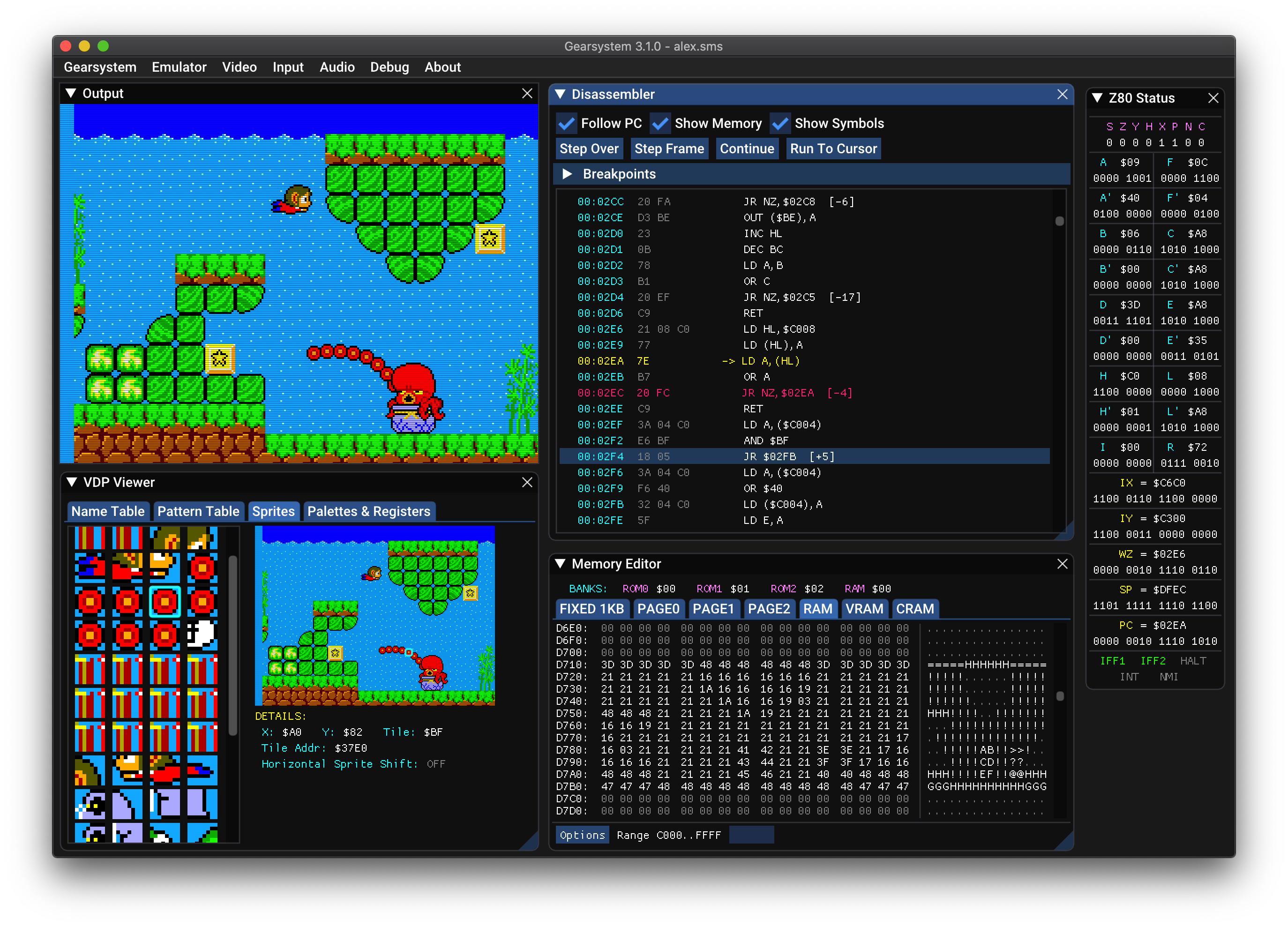 Feather is a free, open-source Monero wallet for Linux, Tails, macOS and Windows

Feather is a free, open-source Monero wallet for Linux, Tails, macOS and Windows. It is written in C++ with the Qt framework.

Aseprite Introduction Aseprite is a program to create animated sprites. Its main features are: Sprites are composed of layers & frames as separated co

A guide that teach you build a custom version of Chrome / Electron on macOS / Windows / Linux that supports hardware / software HEVC decoding.

A desktop (supports macOS and Windows) implementation of uni_links plugin.

tabbed window manager that can tile windows inside floating containers

Signed - a 3D modeling and construction language based on Lua and SDFs. Signed will be available for macOS and iOS and is heavily optimized for Metal.