Making cross platform C++ projects is widely known to be a troublesome ambition. This project attempts to demystify many of the common problems related to creating such a structure by providing a simple template that achieves this purpose.

(Unfortunately, a setup script isn't currently available but is being worked on in #3. Until it is, however, these steps have to be followed manually.)

In order to use this project, all you have to do is follow a few (Ok, more than a few) simple steps:

For details on how to set up the various continuous integration tools used in this project, check the documentation.

The following tools must be preinstalled before using this template:

In the snippets below, CONFIGURATION needs to be a valid CMake configuration.

For more details on configuration options and build targets, see the documentation.

In order to run the tests, the option BUILD_TESTS needs to be set to ON during configuration. Then, invoking the tests is as simple as running:

In order to get the test coverage of the code, the option ENABLE_COVERAGE needs to be set to ON during configuration. In addition, CMAKE_BUILD_TYPE should be set to Debug (code coverage isn't supported for multi-config generators yet). Then, a coverage report can be generated by running:

The resulting coverage will be placed in a directory called coverage in the build folder.

The documentation for this project (sample code and usage of this project) is hosted on codedocs.xyz.

Documentation about build targets, CMake options, the directory structure used, and documentation are all available in the link above.

To the extent possible under law, Arnav Borborah has waived all copyright and related or neighboring rights to C++14 Project Template. This work is published from: United States.

The above basically means that while you do not have to give me attribution for this template, it would be gladly appreciated!

Mull Mull is a tool for Mutation Testing based on LLVM/Clang with a strong focus on C and C++ languages. For installation and usage please refer to th qjoystick This qjoystick class is rewritten based on the library: https://github.com/drewnoakes/joystick. Please look at this library if you want to s

About The xerus library is a general purpose library for numerical calculations with higher order tensors, Tensor-Train Decompositions / Matrix Produc

This package contains the common algorithms in robotic arm, and I have developed it based on universal robot. It will be continuously updateing.

Robotic_Arm_Algorithms It contains the common algorithms in robotic arm, and will be recording the development as soon as I have completed the any one Ultimate++ Ultimate++ is a C++ cross-platform rapid application development framework focused on programmers productivity. It includes a set of librar

The C++ CMake Project Template cmake-init is a sophisticated copy & paste template for modern C and C++ projects. The main goals include support of al

MicroPather is a path finder and A* solver (astar or a-star) written in platform independent C++ that can be easily integrated into existing code. MicroPather focuses on being a path finding engine for video games but is a generic A* solver.

webview for golang and c/c++ A tiny cross-platform webview library for C/C++/Golang to build modern cross-platform GUIs. The goal of the project is to

OpenGL Template Engine - a C++ OpenGL graphics engine which aimed to be a simple startup template for 3D OpenGL projects.

OpenGL Template Engine is a C++ OpenGL graphics engine which aimed to be a simple startup template for 3D OpenGL projects. This is the template I personally use for my own projects and provides me with the general OpenGL 3D render setup with model import and UI.

TinyXML2 is a simple, small, efficient, C++ XML parser that can be easily integrated into other programs.

TinyXML-2 TinyXML-2 is a simple, small, efficient, C++ XML parser that can be easily integrated into other programs. The master is hosted on github: h

C library designed for the TI MSP432P401R microprocessor and the TI Educational Booster Pack, to easily play and control songs with the integrated Piezo Buzzer.

MusicLib C library designed for the TI MSP432P401R microprocessor and the TI Educational Booster Pack, to easily play and control songs with the integ Project basicly find the test that fails some code.

C++ mocking made easy. A simple yet very expressive, headers only library for c++ mocking.

FakeIt GCC: MSC: FakeIt is a simple mocking framework for C++. It supports GCC, Clang and MS Visual C++. FakeIt is written in C++11 and can be used fo

QuickCheck clone for C++ with the goal of being simple to use with as little boilerplate as possible.

MrTest Simple C testing framework Usage Copy the mrtest.c and mrtest.h file into your project. In order to use the mrtest main: create a .c file that 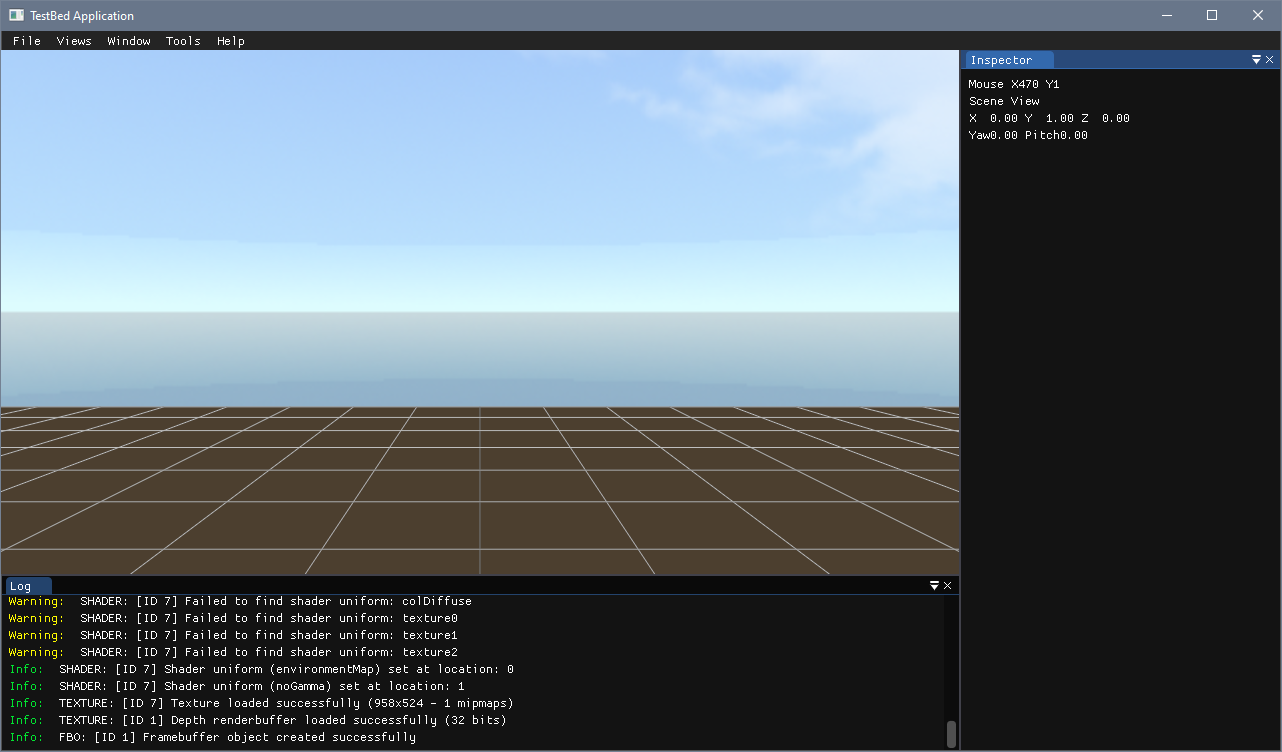 This is a test framework that uses Raylib and ImGui together to help test and develop concepts. It is made using C++ because it uses classes for windows and views.

C++ Testing using spies and fakes for isolation and simulation

ELFspy is a library for linux for writing tests using fakes and spies in C++. For very large call graphs, the testing of the higher nodes can be diffi

Native ApprovalTests for C++ on Linux, Mac and Windows

Approval Tests for C++ ⬇️ Download the latest version (v.10.8.0) of the single header file here. ?? Read the Docs Contents What are Approval Tests? Re