vger is a vector graphics renderer which renders a limited set of primitives, but does so almost entirely on the GPU. Works on iOS and macOS. API is plain C. Each primitive can be filled with a solid color, gradient, or texture. vger renders primitives as instanced quads, with most of the calculations done in the fragment shader.

Here's an early screenshot from vger in use for Audulus:

Here's it rendering that svg tiger (the cubic curves are converted to quadratic by a lousy method, and I've omitted the strokes): I was previously using nanovg for Audulus, which was consuming too much CPU for the immediate-mode UI. nanovg is certainly more full featured, but for Audulus, vger maintains 120fps while nanovg falls to 30fps on my 120Hz iPad because of CPU-side path tessellation, and other overhead. vger renders analytically without tessellation, leaning heavily on the fragment shader.

vger isn't cross-platform (just iOS and macOS), but the API is simple enough that it could be ported fairly easily. If Audulus goes cross-platform again, I will port vger to vulkan or wgpu.

The bezier path fill case is somewhat original. To avoid having to solve quadratic equations (which has numerical issues), the fragment function uses a sort-of reverse Loop-Blinn. To determine if a point is inside or outside, vger tests against the lines formed between the endpoints of each bezier curve, flipping inside/outside for each intersection with a +x ray from the point. Then vger tests the point against the area between the bezier segment and the line, flipping inside/outside again if inside. This avoids the pre-computation of Loop-Blinn, and the AA issues of Kokojima.

See vger.h for the complete API. You can get a good sense of the usage by looking at these tests.

Vger has a C interface and can be used from C, C++, ObjC, or Swift. vgerEncode must be called from either ObjC or Swift since it takes a MTLCommandBuffer.

See the demo app for an example of using vger in a iOS/macOS SwiftUI app. vger includes VgerView to make it really easy to use Vger within SwiftUI:

Minimal A* implementation in C. No dynamic memory allocation.

Micro A Star Path Finder This is a minimal A* path finder implementation in C, without any dynamic memory allocation. Usage The maximum size of the ma Asahi GPU Research for an open source graphics stack for Apple M1. wrap Build with the included makefile make wrap.dylib, and insert in any Metal appl

nsfminer is an Ethash GPU mining application: with nsfminer you can mine every coin which relies on an Ethash Proof of Work.

A minimalist and platform-agnostic interactive/real-time raytracer. Strong emphasis on simplicity, ease of use and almost no setup to get started with

This is a openGL cube demo program. It was made as a tech demo using PVR_PSP2 Driver layer GPU libraries. This is a toy renderer written in C using Vulkan. It is intentionally minimalist. It has been developed and used for the papers "BRDF Importance Sampl 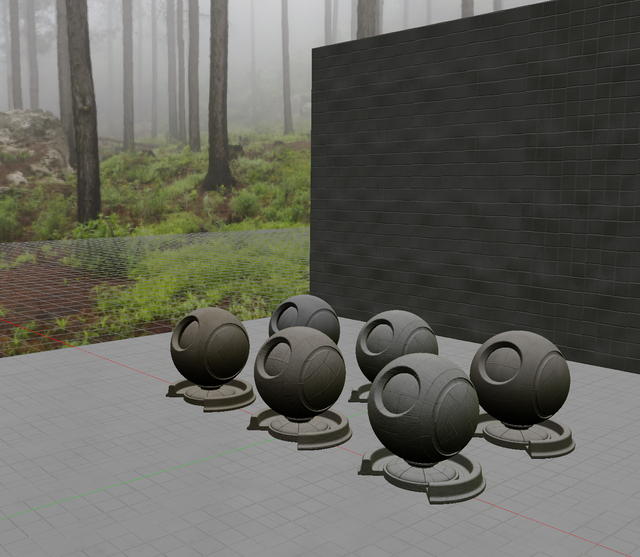 PainterEngine is a application/game engine with software renderer,PainterEngine can be transplanted to any platform that supports C

PainterEngine is a application/game engine with software renderer,PainterEngine can be transplanted to any platform that supports C

work in progress 3d renderer based on sdl2

work in progress 3d software renderer based on SDL. (Only supports wireframe view for now) Building On Linux, install libsdl2 and then run the folowin

work in progress 3d renderer based on sdl2

work in progress 3d software renderer based on SDL. (Only supports wireframe view for now) Building On Linux, install libsdl2 and then run the folowin

A modern C++ physically based renderer

The Dakku Renderer Warning: This project is currently under developing and does not guarantee any consistency. About Dakku is a physically based rende

Source code for pbrt, the renderer described in the third edition of "Physically Based Rendering: From Theory To Implementation", by Matt Pharr, Wenzel Jakob, and Greg Humphreys.

pbrt, Version 3 This repository holds the source code to the version of pbrt that is described in the third edition of Physically Based Rendering: Fro

Debug Draw An immediate-mode, renderer agnostic, lightweight debug drawing API for C++. License This software is in the public domain. Where that dedi