This is a standalone BSON ("binary JSON") library for C++. (See bsonspec.org for more information on the BSON format.)

The library is at this time a bit early stage, but if you find it useful, that's great.

Notes for those who have used the MongoDB C++ Driver

As mentioned above, the library uses std::unique_ptr among other things. Thus, use -std=c++0x on the compiler command line. (If that doesn't work for your project, I'd recommend using the BSON implementation in the MongoDB C++ driver instead.)

For Windows, see build/example1/example1.vcxproj for an example of settings that work. (Tested on Visual Studio 2013.)

The bsontools command line utilities project which uses this library. Likely useful for any BSON user regardless of language.

A C++11 or library for parsing and serializing JSON to and from a DOM container in memory.

fuser 1-file header-only library for automatic (de)serialization of C++ types to/from JSON. how it works The library has a predefined set of (de)seria

C++17 library for all your binary de-/serialization needs

blobify blobify is a header-only C++17 library to handle binary de-/serialization in your project. Given a user-defined C++ struct, blobify can encode

Abandoned Repo is abandoned in favor of rpnx-core. No further updates will be made. https://github.com/rpnx-net/rpnx-core rpnx::serial_traits A work i

Bitsery Header only C++ binary serialization library. It is designed around the networking requirements for real-time data delivery, especially for ga

A C++11 library for serialization 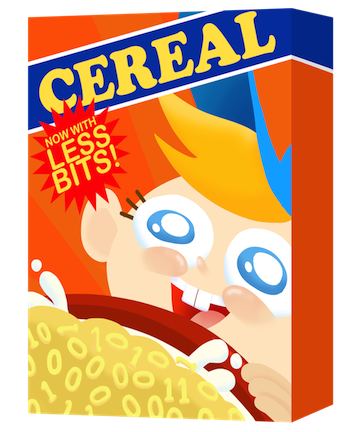 FlatBuffers FlatBuffers is a cross platform serialization library architected for maximum memory efficiency. It allows you to directly access serializ

FlatBuffers Compiler and Library in C for C

OS-X & Ubuntu: Windows: The JSON parser may change the interface for parsing union vectors in a future release which requires code generation to match

Simple C++ 20 Serialization Library that works out of the box with aggregate types!

BinaryLove3 Simple C++ 20 Serialization Library that works out of the box with aggregate types! Requirements BinaryLove3 is a c++20 only library.

A C++ library for interacting with JSON.

JsonCpp JSON is a lightweight data-interchange format. It can represent numbers, strings, ordered sequences of values, and collections of name/value p

A header only C++11 library for parsing TOML

tinytoml A header only C++11 library for parsing TOML. This parser is based on TOML v0.4.0. This library is distributed under simplified BSD License.

cpptoml is a header-only library for parsing TOML

cpptoml A header-only library for parsing TOML configuration files. Targets: TOML v0.5.0 as of August 2018. This includes support for the new DateTime