Ethminer is an Ethash GPU mining worker: with ethminer you can mine every coin which relies on an Ethash Proof of Work thus including Ethereum, Ethereum Classic, Metaverse, Musicoin, Ellaism, Pirl, Expanse and others. This is the actively maintained version of ethminer. It originates from cpp-ethereum project (where GPU mining has been discontinued) and builds on the improvements made in Genoil's fork. See FAQ for more details.

Standalone executables for Linux, macOS and Windows are provided in the Releases section. Download an archive for your operating system and unpack the content to a place accessible from command line. The ethminer is ready to go.

The ethminer is a command line program. This means you launch it either from a Windows command prompt or Linux console, or create shortcuts to predefined command lines using a Linux Bash script or Windows batch/cmd file. For a full list of available command, please run:

Check our samples to see how to connect to different pools.

The AppVeyor system automatically builds a Windows .exe for every commit. The latest version is always available on the landing page or you can browse the history to access previous builds.

To download the .exe on a build under Job name select the CUDA version you use, choose Artifacts then download the zip file.

The list of current and past maintainers, authors and contributors to the ethminer project. Ordered alphabetically. Contributors statistics since 2015-08-20.

To meet the community, ask general questions and chat about ethminer join the ethminer channel on Gitter.

All bug reports, pull requests and code reviews are very much welcome.

Why is my hashrate with Nvidia cards on Windows 10 so low?

The new WDDM 2.x driver on Windows 10 uses a different way of addressing the GPU. This is good for a lot of things, but not for ETH mining.

Because of the GDDR5X memory, which can't be fully utilized for ETH mining (yet).

Can I still mine ETH with my 4GB GPU?

Not really, your VRAM must be above the DAG size (Currently about 4.023 GB.) to get best performance. Without it severe hash loss will occur.

What are the optimal launch parameters?

The default parameters are fine in most scenario's (CUDA). For OpenCL it varies a bit more. Just play around with the numbers and use powers of 2. GPU's like powers of 2.

What does the --cuda-parallel-hash flag do?

@davilizh made improvements to the CUDA kernel hashing process and added this flag to allow changing the number of tasks it runs in parallel. These improvements were optimised for GTX 1060 GPUs which saw a large increase in hashrate, GTX 1070 and GTX 1080/Ti GPUs saw some, but less, improvement. The default value is 4 (which does not need to be set with the flag) and in most cases this will provide the best performance.

Genoil's fork was the original source of this version, but as Genoil is no longer consistently maintaining that fork it became almost impossible for developers to get new code merged there. In the interests of progressing development without waiting for reviews this fork should be considered the active one and Genoil's as legacy code.

Can I CPU Mine?

No, use geth, the go program made for ethereum by ethereum.

CUDA GPU order changes sometimes. What can I do?

There is an environment var CUDA_DEVICE_ORDER which tells the Nvidia CUDA driver how to enumerates the graphic cards. The following values are valid:

To prevent some unwanted changes in the order of your CUDA devices you might set the environment variable to PCI_BUS_ID. This can be done with one of the 2 ways:

You have to upgrade your Nvidia drivers. On Linux, install nvidia-396 package or newer. 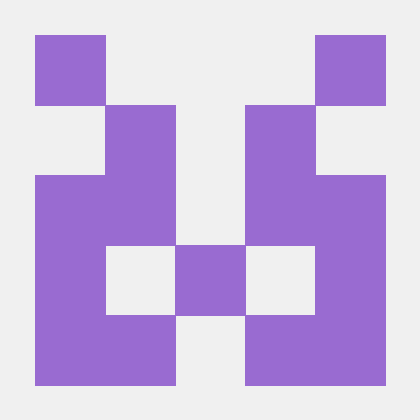 cpuminer-opt is a fork of cpuminer-multi by TPruvot with optimizations imported from other miners developped by lucas Jones, djm34, Wolf0, pooler, Jef

Platform-Detector Cross-Platform Information Detector It is a useful tool for identifying the architecture, platform type, compiler, and operating sys

The UAPKI is crypto library for using in PKI with support of Ukrainian and internationlal cryptographic standards.

UAPKI The UAPKI is crypto library for using in PKI with support of Ukrainian and internationlal cryptographic standards. Fork from Cryptonite. Expert

x509cert is a tool and library for generating X.509 certificates and certificate requests.

x509cert is a tool and library for generating X.509 certificates and certificate requests. It is written in C99 and uses BearSSL to decode keys and compute signatures.

HashLibPlus is a recommended C++11 hashing library that provides a fluent interface for computing hashes and checksums of strings, files, streams, bytearrays and untyped data to mention but a few.

HashLibPlus HashLibPlus is a recommended C++11 hashing library that provides a fluent interface for computing hashes and checksums of strings, files,

Text-Crypt is a tool which encrypts and decrypts texts using a specific and certain key. Text-Crypt is a tool which encrypts and decrypts texts using a specific and certain key. This tool uses Caesar Cypher Algorithm to encrypt and decrypt a given text.

An open source, portable, easy to use, readable and flexible SSL library

README for Mbed TLS Mbed TLS is a C library that implements cryptographic primitives, X.509 certificate manipulation and the SSL/TLS and DTLS protocol

Tink is a multi-language, cross-platform, open source library that provides cryptographic APIs that are secure, easy to use correctly, and hard(er) to misuse.

Tink A multi-language, cross-platform library that provides cryptographic APIs that are secure, easy to use correctly, and hard(er) to misuse. Ubuntu

Easy to use cryptographic framework for data protection: secure messaging with forward secrecy and secure data storage. Has unified APIs across 14 platforms.

MIRACL What is MIRACL? Multiprecision Integer and Rational Arithmetic Cryptographic Library – the MIRACL Crypto SDK – is a C software library that is