A basic, MQTT integration point service for the Waveshare 8 channel relay board

A basic, MQTT integration point service for the Waveshare 8 channel relay board.

This was built specifically for our own home's relay based lighting control solution, where this relay board is used to pulse external 240v two-channel relays, whose first channel is used for the supply for the lights, and the other for state detection read by the raspberry pi connected to the relay board, but it feels like the sort of thing which is just too useful to keep sat just in our home.

To use this, you will need a raspberry pi (we use a RPi2b, because it doesn't do anything else), and a Waveshare 8 channel relay board, as can be seen here:

To actually build this tool, you will need:

This all assumes that you are running Raspbian Buster, so that would be the first step.

Next step is to install some packages that are needed to build everything else:

This is not available on the Raspbery Pi repositories, so you will need to build it yourself. Easy enough to do, but there's a couple of fun wiggly bits that need taking care of (such as ensuring you use the correct branch, and in some cases you will need to adapt the .qmake.conf file if it thinks you are using the wrong version of Qt - i did not need to do this on the pi, but had to do it on my desktop, so mileage may vary).

Instructions can be found here - simple and straightforward, except that you do have to build it yourself for whatever reason.

Clone the repository somewhere useful, like the pi home directory:

Finally to install the tool and the systemd unit, just do the usual dance:

Once you have MQTT set up, you need to create a configuration file called /etc/relayboard-control.rc and in that file you will need at least three lines:

toggleTopics are the topics which the MQTT client in relayboard-client will subscribe to. Anything published to those topics will cause the relay with the corresponding number in the order to be pulsed on for 50ms (so for example, publishing some/mqtt/topic/one/toggle will cause relay 1 to be pulsed). Note that the names are not important, only the order in which they are listed.

mqttHost is the network address of the MQTT broker you wish to connect to. You can give an IP, or you can give a normal hostname here. If you need to also specify a port, use the mqttPort setting to do so.

This will set up the core functionality of relayboard-control, but there are further options that you can (and likely want) to set:

(yes, the password is in clear text - treat this as a single-user login or an api key: don't share this password between other accounts, and only use this user for this single purpose, that way you can easily discard only the one should it end up compromised for some reason)

The port shown in the example above is the default set by MQTT, but as that is unencrypted, the recommendation is to change this to something which is. It will, however, work without.

Finally, you set statusTopics to a list like the one above. This will cause the service to report on the current high/low state of eight further pins on the raspberry pi (that state detection mentioned in the introduction). The logic is the same as for toggleTopics, in that the order defines which input pin will be set. This will be checked and published on startup, to ensure that the MQTT broker has up to date information, even if it has been asked to retain the most recently published state. By convention, the endpoint should be the same name as the toggle topic, except that it should end with status (so some/mqtt/topic/four/toggle and some/mqtt/topic/four/status would correspond to toggling and containing the state for the same remote relay).

Instead of the two lines of topics above, you can also construct them in a more descriptive manner, by adding a section structured like the one below to your configuration file:

The above will be equivalent to having the two lines for toggle and status topics in your configuration, with five topics in each, in the form of e.g. some/mqtt/topic/kitchen/toggle for the first topic's toggle entry.

Using this method expects you to have the status endpoint set up. If your toggle and status endpoints are toggle and status respectively, you can leave them out of the configuration file, as those values are the default. Note also that your topics must be listed in numerical order, that they are 1-indexed, and that if there is a hole in the list, the remainder will not be read (so say you have a list of topic-1, topic-2, topic-4, and topic-5, then the parser will ignore topics 4 and 5, as there was no 3 listed).

You can leave out topicBase if you have different paths to the various parts if you need them, and you can add sub-paths in the topics as well (if, for example, you have a zoned setup, you could have topics named upstairs/bedroom-1 and downstairs/bedroom-1 if you wanted).

The systemd service is installed by the install command above, but to actually enable it for startup when the pi boots up, you will need to ask for that to happen explicitly, like so:

If you just want to run it, you can do so also using the standard commands for operating systemd services (start, stop, status, and so on). The service will output to the system log, which you can see using journalctl.

Wanting to get the technical stuff out of the way first, here, then, is the description of what we are in fact controlling using this. We decided that what we wanted out of lighting control was a system which was able to be made smart, but which would also fail all the way back to "push button get light". What we came up with, then, was to use 24V DC controlled latching relays with two switched channels. One of the channels could supply the lights with 240v, and the other could be used independently to test the state of the relay from some external device.

The 24V DC switching power was less important here, but it would allow us to run long enough cables to reach the light switches from our central box full of many relays, without having to call in an electrician to do so, by leaving the mains side untouched. It also makes it safer to switch from the Waveshare 8-channel Relay Board, which, while it does handle 240v, it's of course nicer to not have to deal with mains if we can get away with that.

What relayboard-control gives us, then, is both the momentary pulse that would cause the relay to switch its state, and the detection side which uses the unused second side of the relay to detect whether the lights are on or not, and then it exposes both of those through an mqtt broker, which can be interfaced with through Home Assistant (or, i guess, any other MQTT based thing). In short, it allows for our dumb light switches to become super-extra-smart.

Now, the final trick here is that, we fitted those relays and the push-button wall switches at the end of 2019, and as i am writing this in December 2021, i am glad to confirm that the intention that it should fall back to "push button, get light" has worked a treat, as that is precisely what happens. We have yet to try the critical fallback of "oh no the power supply failed" where we would have to leave the control box open and push the button on the relays themselves, but since that is a basic function of the relays themselves, we have no doubt about whether or not that would work (or, well, function at least, given that would be at most a temporary workaround).

Cloud-native high-performance edge/middle/service proxy Envoy is hosted by the Cloud Native Computing Foundation (CNCF). If you are a company that wan

Allows you to easily control via MQTT any Micronova equiped pellet stove. (MCZ, Extraflame, Laminox, and many others brands!) 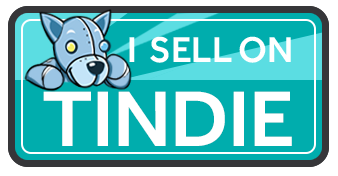 micronova_controller Kits are available on Tindie! Currently out of stock. V2 will be in stock soon! Here is an overview of the additions: possibility

Allows for multiple SwitchBot buttons and curtains to be controlled via MQTT sent to ESP32. ESP32 will send BLE commands to switchbots and return MQTT responses to the broker. Also supports Meter/Temp Sensor

Tests to check the determinism of the basic floating point arithmetic operations on different devices, using Unity and Rust. 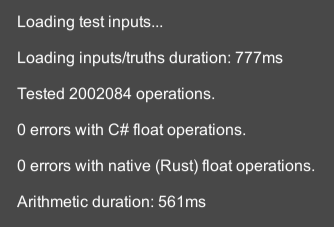 Install the Homebrew Channel to the vWii Menu from Wii U Mode.

Install a channel to the vWii Menu from Wii U Mode. In its current state, it simply installs the Homebrew Channel.

16 channel R/C system for models of all kinds

A 16 channel Radio Controlled system for R/C models of all kinds. This project was started during the 2020 pandemic lockdown (thus the title), and has since grown out of passion & enthusiasm.