Please test this firmware and let us know if it misbehaves in any way. Volunteers are standing by!
Precompiled binary files can be downloader from: Latest Release 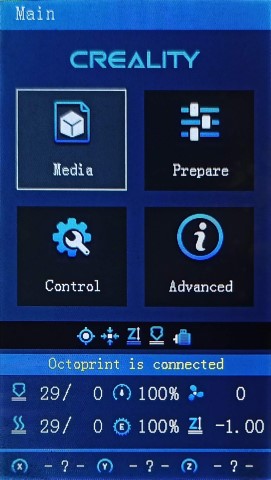 This is a Marlin based firmware and is maintained by @mriscoc

This work would not be possible without the supporters, helpers and betatesters at the Telegram group.

Marlin firmware is an Open Source project hosted on Github, Marlin is owned and maintained by the maker community.

THIS FIRMWARE AND ALL OTHER FILES IN THE DOWNLOAD ARE PROVIDED FREE OF CHARGE WITH NO WARRANTY OR GUARANTEE. SUPPORT IS NOT INCLUDED JUST BECAUSE YOU DOWNLOADED THE FIRMWARE. WE ARE NOT LIABLE FOR ANY DAMAGE TO YOUR PRINTER, PERSON, OR ANY OTHER PROPERTY DUE TO USE OF THIS FIRMWARE. IF YOU DO NOT AGREE TO THESE TERMS THEN DO NOT USE THE FIRMWARE.

For the license, check the header of each file, if the license is not specified there, the project license will be used. Marlin is licensed under the GPL. Professional Firmware for the Creality Ender 3 s1 3D Printer Please test this firmware and let us know if it misbehaves in any way. Volunteers are sta 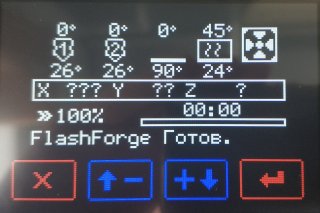 Marlin is an optimized firmware for RepRap 3D printers based on the Arduino platform.

Marlin 3D Printer Firmware Additional documentation can be found at the Marlin Home Page. Please test this firmware and let us know if it misbehaves i

The OpenEXR project provides the specification and reference implementation of the EXR file format, the professional-grade image storage format of the motion picture industry.

OpenEXR OpenEXR provides the specification and reference implementation of the EXR file format, the professional-grade image storage format of the mot 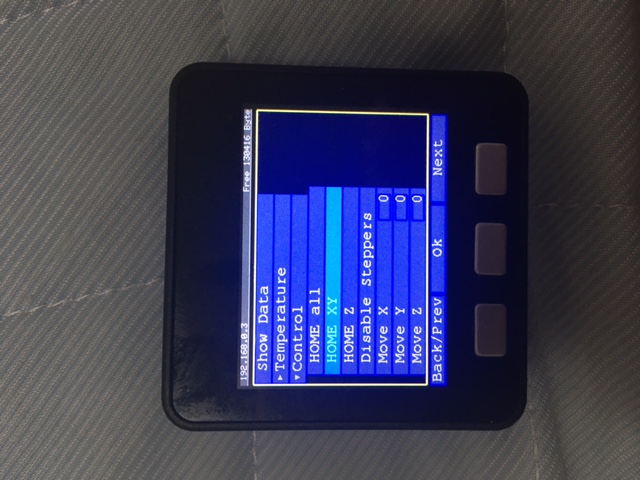 CatGFX This library offers a Adafruit GFX "driver" for ESP32 and the cheap cat (or rabbit?) BLE thermal printers like this one: For usage information 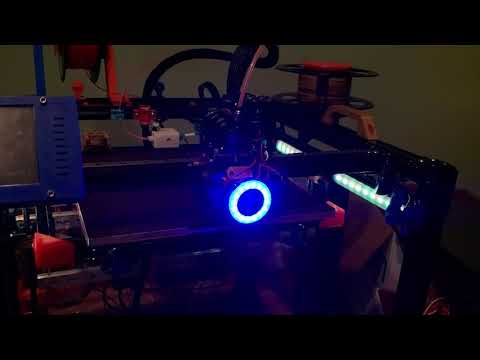 Overview This project is designed to handle NeoPixel control on an ESP8266 (Wemos D1 mini) and offload it from RepRapFirmware. Features WiFi-enabled W 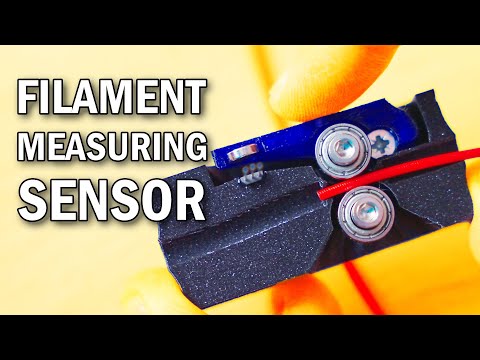 DS213_ECHO This is a customized DS213 APP firmware with Roll Mode support. Based on the official app firmware v1.27, and fixed some bugs. What is Roll

lucidgloves-firmware This repo contains the arduino firmware as well as the STL files for Prototype 3 of the LucidVR glove prototype. This is a finger

libjbc This a firmware-agnostic implementation of the sandbox escape for PS4 homebrew apps. It operates by traversing the process list up to PID 1 (in

A graphical interface to set options on devices with coreboot firmware Corevantage A graphical interface to set options on devices with coreboot firmware. Introduction This is a utility that allows users to view and modif

ESP32 firmware to read and control EMS and Heatronic compatible equipment such as boilers, thermostats, solar modules, and heat pumps

EMS-ESP is an open-source firmware for the Espressif ESP8266 and ESP32 microcontroller that communicates with EMS (Energy Management System) based equipment from manufacturers like Bosch, Buderus, Nefit, Junkers, Worcester and Sieger.