An SQLite binding for node.js with built-in encryption, focused on simplicity and (async) performance

When dealing with encrypted sqlite databases, this binding only supports the ChaCha20-Poly1305 cipher to keep things simple, secure, and working well across multiple platforms.

The goal of this addon/binding is to provide a simple and consistent interface for interacting with SQLite databases. What that means on a technical level is:

When discussing performance (particularly node.js sqlite driver performance), it's important to reiterate that your mileage may vary and that it mostly boils down to how the sqlite database is accessed. Specifically I'm referring to synchronous vs. asynchronous. Both have their advantages and disadvantages and have different scaling properties.

Because esqlite only provides an async API and the fact that sqlite directly accesses the disk, it means queries run in the thread pool to ensure the main thread is not blocked. With other types of databases where you make a network connection to the database, this is unnecessary and can be done without the thread pool (and without writing/using C/C++ code) because you're simply waiting for I/O, which node.js can easily and more efficiently do.

With that in mind, what this means is that for some workloads, synchronous queries will perform better than asynchronous queries because of the overhead of queueing work to the thread pool and the additional copying of results because you cannot access V8 APIs from threads in a node addon.

For benchmarking, I generated a single, unencrypted database with 100k records. The schema looked like:

The sqlite packages being benchmarked:

Here is the code and the results for a couple of different queries that I ran on my Linux desktop:

An updated fork of sqlite_protobuf, a SQLite extension for extracting values from serialized Protobuf messages.

This fork of sqlite_protobuf fixes some issues (e.g., #15) and removes the test suite that we do not use. It also comes with proto_table, a C library

Verneuil is a VFS extension for SQLite that asynchronously replicates databases to S3-compatible blob stores.

Verneuil: streaming replication for sqlite Verneuil1 [vɛʁnœj] is a VFS (OS abstraction layer) for sqlite that accesses local database files like the d

The C++14 wrapper around sqlite library

Writing a sqlite clone from scratch in C++

Money Manager Ex is an easy to use, money management application built with wxWidgets 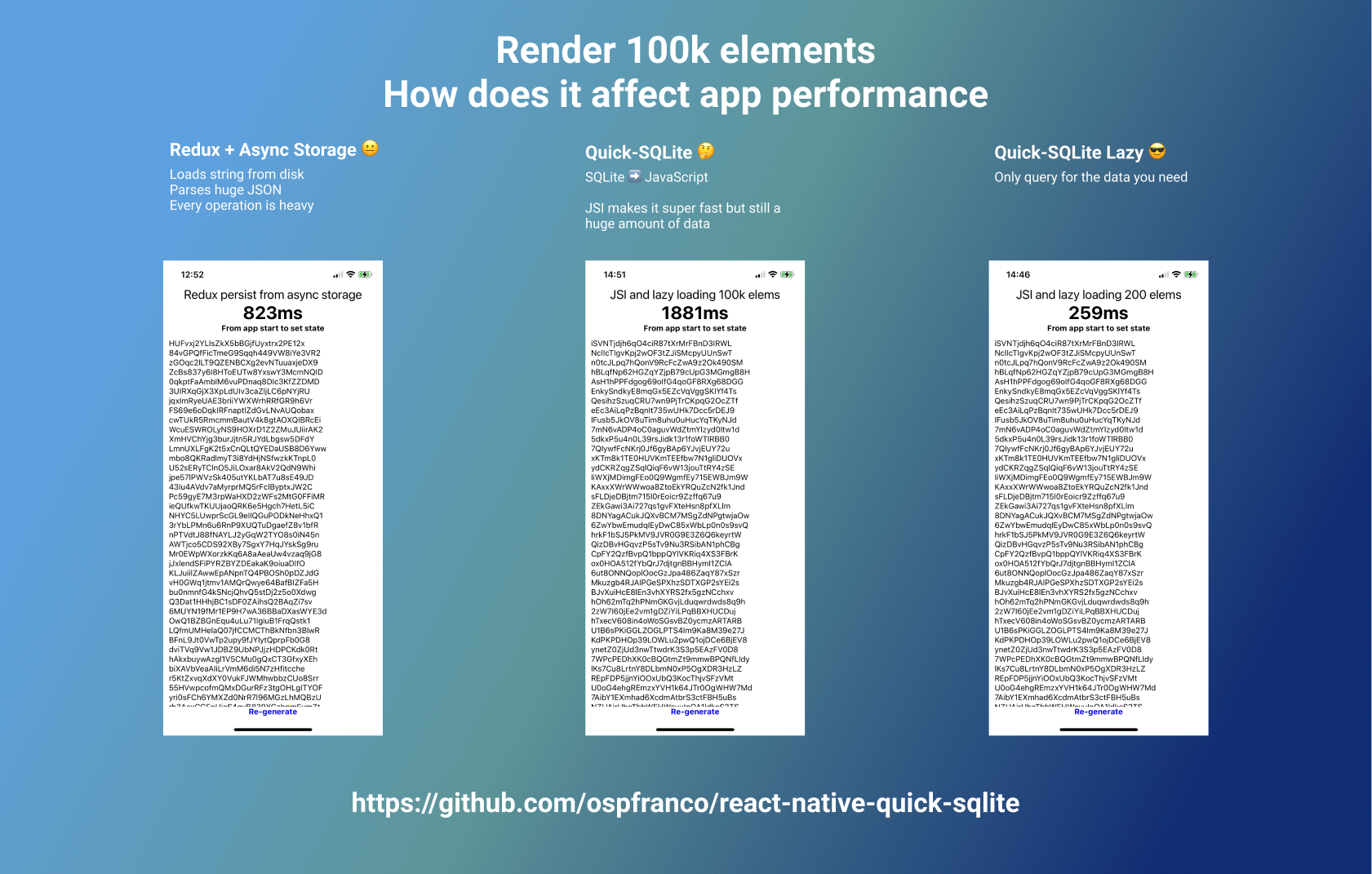 serverless-sqlite Serverless SQLite database read from and write to Object Storage Service, run on FaaS platform. NOTES: This repository is still in t

A hook for Project Zomboid that intercepts files access for savegames and puts them in an SQLite DB instead.

SQLean: all the missing SQLite functions

SQLite has very few functions compared to other DBMS. SQLite authors see this as a feature rather than a bug, because SQLite has extension mechanism in place.

Yet another SQLite wrapper for Nim

Yet another SQLite wrapper for Nim Features: Design for ARC/ORC, you don’t need to close the connection manually Use importdb macro to create helper f