Simple command-line program for sharing the display image on a local network.

is a simple server/client command line program for sharing screen under X.

With XCast you have the ability to either pull the display from a remote server or push a local display to a remote server, simply by specifying the IP address. The application is ment to be used in a local network or VPN environment (like office) for quickly sharing displays between coleges.

The initial implementation was made for streaming a Linux PC display to a RaspberryPI, connected to a TV. That was more then five years ago, before I bought the HDMI cable. With a bit of tinkering this functionality should work or is still working (make file includes rPI build target and ARM dependencies), but has not been tested since then.

The aplication is using FFmpeg for ecoding and decoding video. FFmpeg is licensed under the LGPLv2.1 and its source can be downloaded here.

OpenGL on EGL is used for rendering the remote video stream which facilitates implementation of image/display compositing or any other post-processing transformations.

Start XCast in the listening mode on machine A:

On machine B, show machine A desktop:

On machine B, show machine B desktop on machine A:

It is also possible to start the xcast server when loged in through the SSH by setting the $DISPLAY environment variable. For example:

Make sure that following dependencies are installed:

On a tipical Linux desktop machine the xorg dependency is probably installed and used by the desktop environment. You can check this by executing:

If you get X is not running, your desktop environment is using the Wayland display protocol which is currently not supported.

When all dependecies are met you can install the program:

This builds the application into a single executable and copyes it to the /usr/local/bin folder. 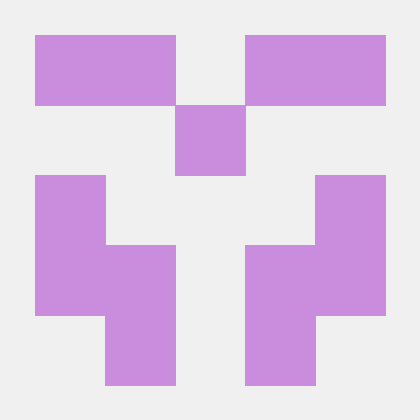 tuibox tuibox ("toybox") is a single-header terminal UI library, capable of creating mouse-driven, interactive applications on the command line. It is

Wave Function Collapse library in C, plus a command-line tool 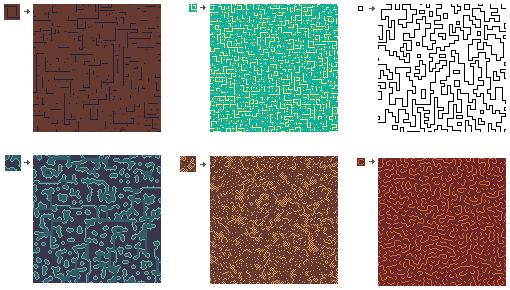 wfc Single-file Wave Function Collapse library in C, plus a command-line tool License: MIT Version: 0.01 This is an early version that supports the ov

chainsaw: A Codeforces Commandline Tool chainsaw is a small and faster drop-in replacement for your copy and paste while attending Codeforces contests

A collection of command line tools for ARM devices with Allwinner SoCs.

go-sct A color temperature setting library and CLI that operates in a similar way to f.lux and Redshift. The command line app automatically determines

macho-inject OS X command line tool to inject Frameworks and dylibs on mach-o binaries. It does the injection of the framework and the codesigning. It

Invisiwind Invisiwind (short for Invisible Window) is an application that allows you to hide certain windows when sharing your full screen.

Flutter app that syncs clipboards between devices in the same local network.

clipboard_sync A flutter app that syncs clipboards between devices in the same LAN using Interprocess communication (Sockets). What it does ? group of

Creates an AP with a web page interface that allows configuration of ESP for local WiFi network.

Creates an AP with a web page interface that allows configuration of ESP for local WiFi network.

License MIT and CC0 or Public Domain, whichever is least restrictive -- Use it AS IS - NO IMPLICIT OR EXPLICIT warranty This may break your computer,

A simple DPDK application that calculates stats for dropped and forwarded packets depending on the command line.

Optidash is a modern, AI-powered image optimization and processing API. We will drastically speed-up your websites and save you money on bandwidth and

The command line interface for Piccolo